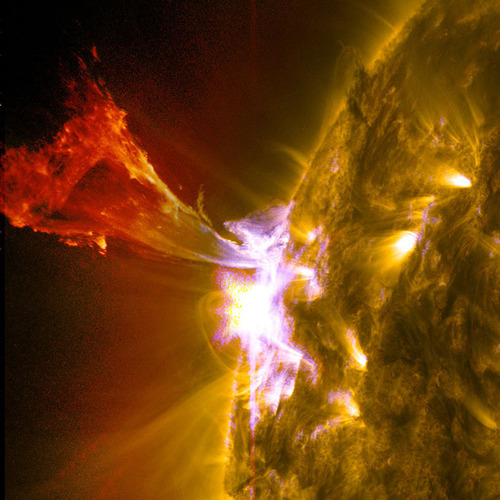 Solar flares eject large amounts of particle radiation into interplanetary space. This can disrupt satellite technology and risk radiation exposure of astronauts and even air crews.

It has previously been assumed that this solar particle radiation was magnetically confined as it travelled through space after being released in huge eruptions at the Sun. However, researchers from the Jeremiah Horrocks Institute at UCLan have discovered that solar particle radiation is able to travel large distances across the magnetic field in interplanetary space.

Further details can be found on the University’s press release