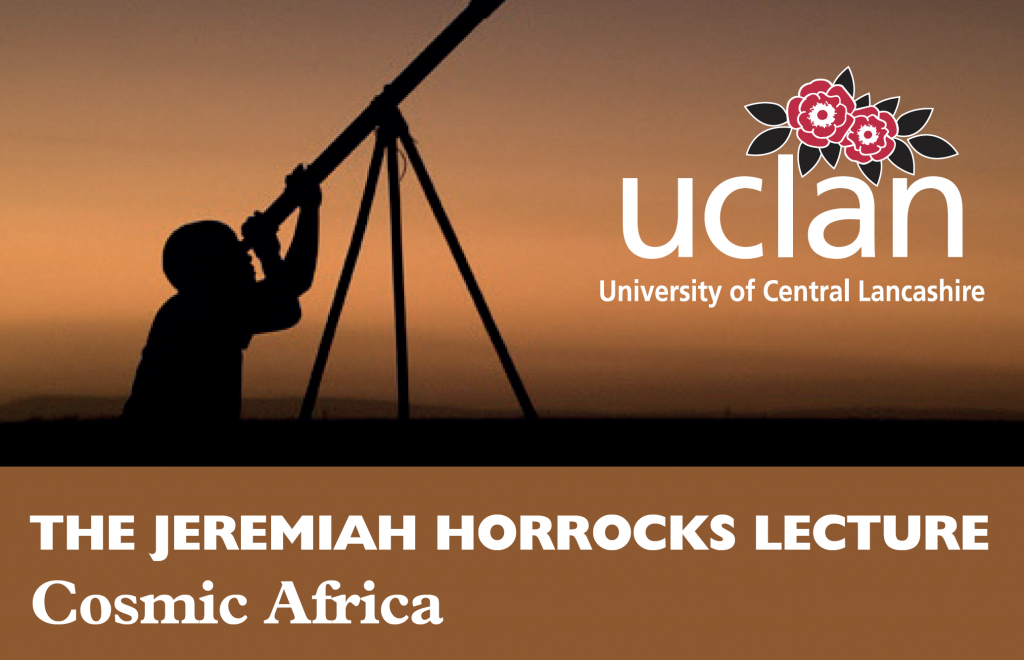 Abstract
In a journey that has stretched from the coastline of Namibia to the steamy jungles of Ghana, across crocodile infested lakes and the deserts of Northern Kenya, the cliff-side dwellings of the Dogon in Mali and onto the mysterious archaeological sites of the Egyptian Sahara, this lecture explores Africa’s ancient astronomical history. By shedding new light on traditional African astronomy, and in turn global understanding of the world’s oldest science, acclaimed African astronomer, Dr Thebe Medupe of the South African Astronomical Observatory, will look at celestial beliefs from different parts of the African continent and how some of these ancient African perceptions link with current scientific knowledge.

Professor Thebe Medupe grew up in a poor South African village near Mafikeng, about four hours north-west of Johannesburg. He went on to gain a doctorate in astrophysics at the University of Cape Town, and was presenter and associate producer of “Cosmic Africa”, a feature documentary about traditional African astronomy released in 2002. He is a researcher at the South African Astronomical Observatory, where he is participating in a programme to encourage black South Africans to take up astronomy. He is writing a book, in the Setswana language, on ethno-astronomy”.