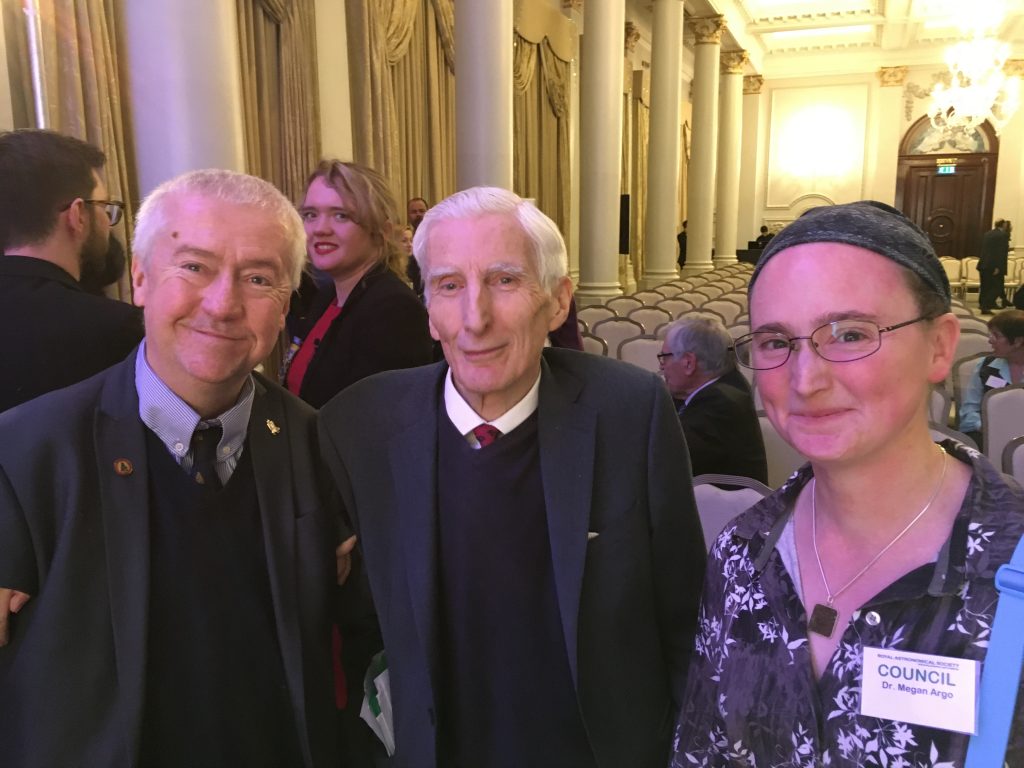 Two JHI staff members, Prof Derek Ward-Thompson and Dr Megan Argo, joined 250 other astronomers, geophysicists, and invited guests at the Langham Hotel in central London on January 23rd to celebrate the 200th anniversary of the Royal Astronomical Society.  Formed when fourteen gentlemen sat down to dinner at the Freemason’s Tavern in London in January 1820, the Society has since grown to a diverse membership of more than 4000 geophysicists and astronomers, both amateur and professional, around the world.

Among the speakers at the celebration event were RAS President-Elect Prof Emma Bunce who gave the presidential address, and Lord Rees of Ludlow, Astronomer Royal, who entertained the assembled guests with his thoughts on what might be in store for us over the next 200 years.

Interestingly, Megan herself, had spoken on that exact same topic – the next 200 years – two weeks earlier at the normal meeting of the RAS. Professor Ward-Thompson said: “I felt that this was somewhat of a difficult title, but in my opinion Megan did as good a job as Lord Rees at addressing the subject.”

The crowd also heard a reading of a new poem, Astronomy for Beginners, performed and recorded in advance by its author, Simon Armitage, the Poet Laureate.  The new logo was also officially revealed at the event by master of ceremonies for the evening, Philip Diamond, RAS Executive Director.

The formalities also included a short Q&A with three recipients of RAS funding: Manasvee Saraf, recipient of an Undergraduate Research Bursary; Charlotte Grundy from Girlguiding UK, one of the RAS200 projects; and Jo Barstow, recipient of an RAS research Fellowship.  All the recipients explained what the funding had meant to them, and how it had helped them progress and realise their potential.  The formal part of the evening concluded, the guests adjourned for drinks and nibbles, and discussions about the next 200 years of astronomy and geophysics. 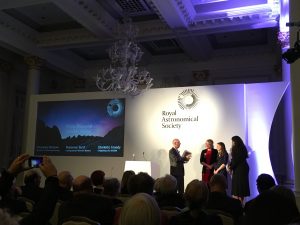 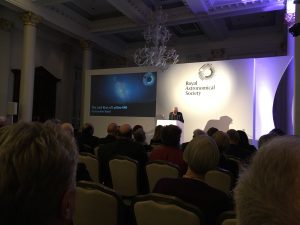 Lord Rees of Ludlow gives his predictions of where astronomy is going in the next 200 years.