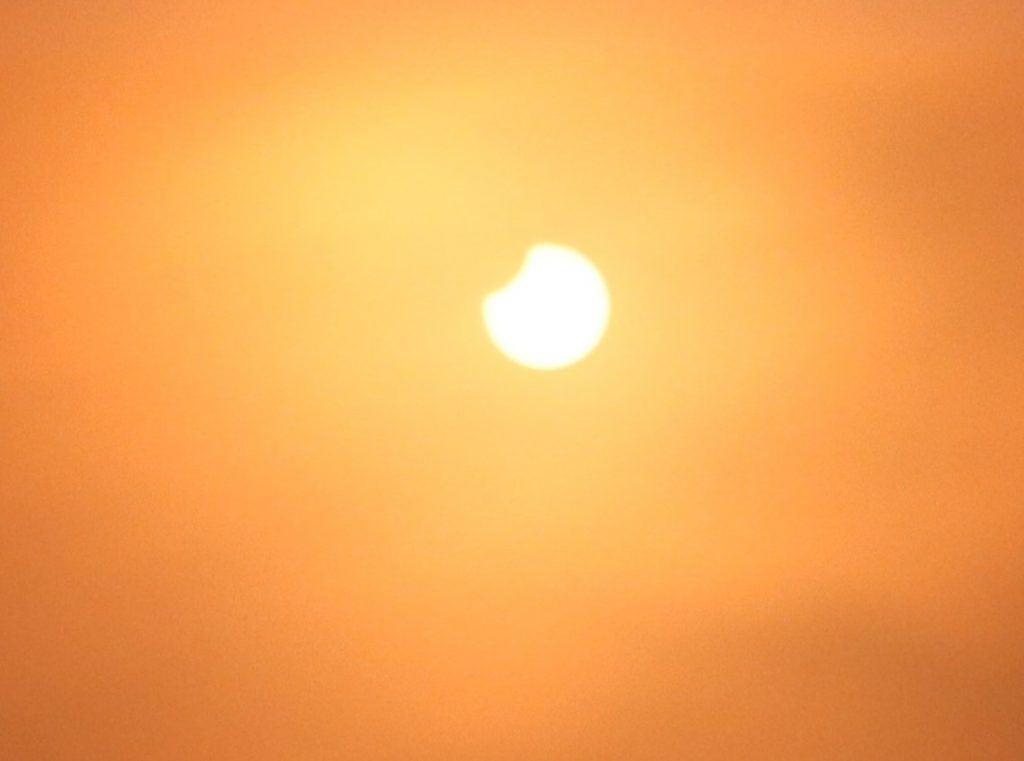 UCLAN staff and students from the Jeremiah Horrocks Institute (JHI) observed the partial solar eclipse of 10th June at the Jeremiah Horrocks Observatory on Moor Park in Preston. The conditions were not ideal, with the sky being mostly overcast for much of the duration of the eclipse. Nevertheless, there were sufficient small breaks in the cloud for the sun to be visible sporadically during the eclipse. This was a joint observing event between the JHI and Preston & District Astronomical Society (PADAS). The astronomers were treated to views of the eclipse mostly during and after maximum. 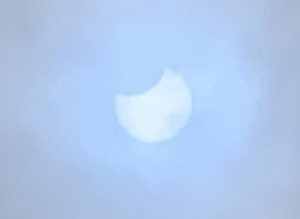 This eclipse was at most an annular eclipse, but from the UK was only visible as a partial eclipse. An annular eclipse occurs when the moon passes in front of the sun but is not quite big enough to completely blot out the whole of the sun, leaving a so-called ‘ring of fire’ around the disc of the moon. The moon appears to be different sizes at different times because its orbit is not exactly circular, so sometimes it is further away from the earth, so it appears slightly smaller and cannot cover the whole disc of the sun, producing an annular eclipse. 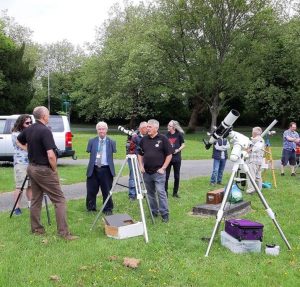 JHI Director Professor Derek Ward-Thompson said “It is a shame that we do not have a bright sunny day. Nevertheless, we have been lucky enough to catch glimpses of this spectacle. The Jeremiah Horrocks Observatory on Moor Park was opened in 1927, just in time to see the last total eclipse to have been visible from Preston, so it has a long history of observing eclipses.” 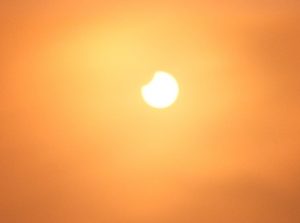 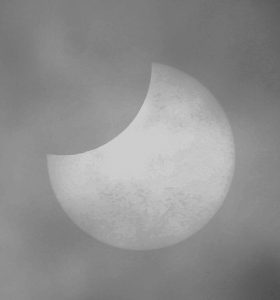 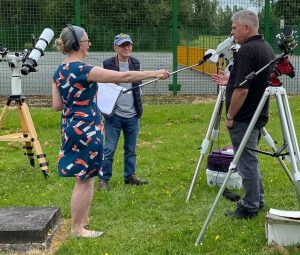 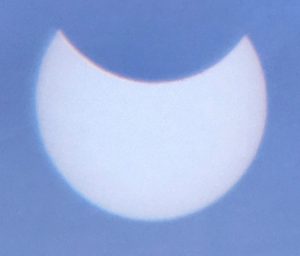 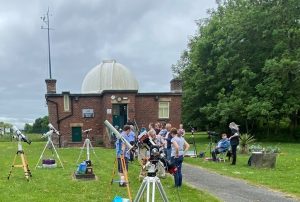 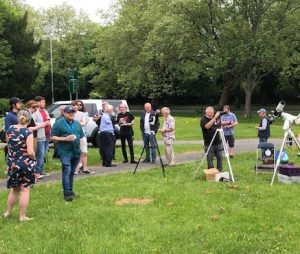