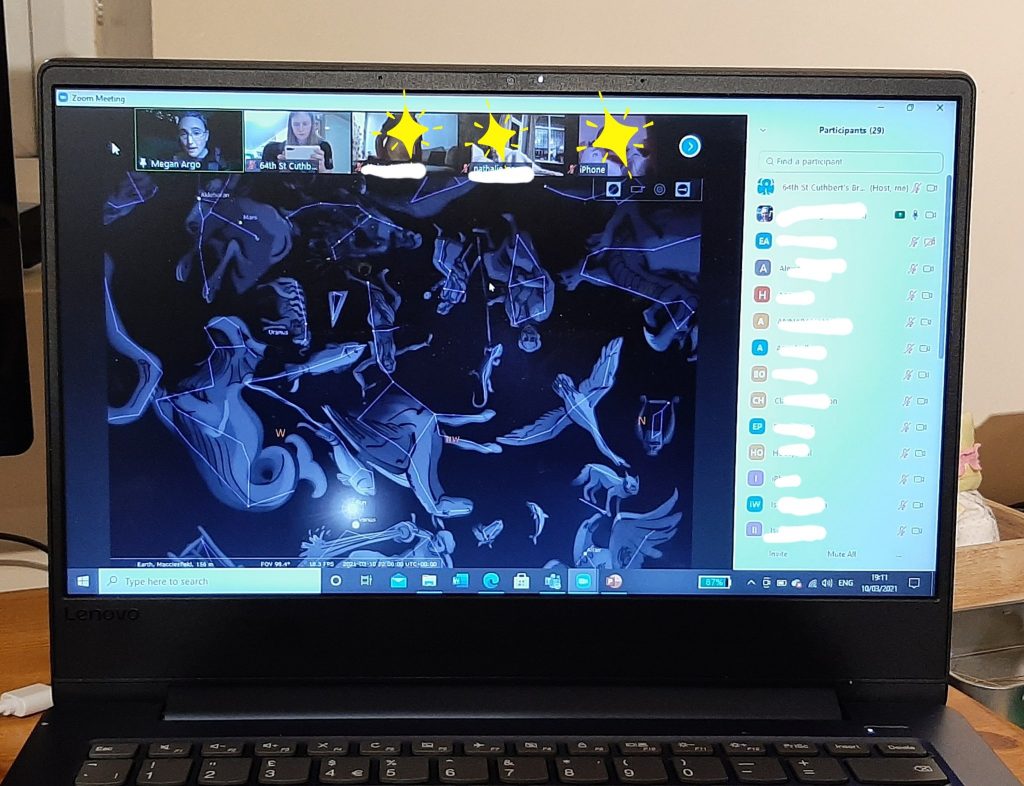 Since January 2021, a group of JHI astronomers have been helping Brownies around the UK work towards their Space interest badges during lockdown.  Over the last seven months they have made virtual visits to Rainbow, Brownie, Guide and Ranger groups from Portsmouth to Clackmannanshire, Caernarfonshire to Lincoln, and everywhere in between, speaking to over 1200 members of Girlguiding.

The project began in January 2021 when JHI lecturer Dr Megan Argo, a former Brownie and Guide, was contacted by a friend running a unit in Cheshire who asked if she could do a virtual visit to her Brownie group.  Having previously visited the same unit in person, using a small telescope to let the Brownies observe the Moon, Megan quickly created a virtual planetarium show that could be run over Zoom, covering a large part of the Space badge.

During the pandemic, many leaders in Girlguiding have managed to keep their units running through video conferencing and creative ideas for running evenings.  Megan realised that other groups might be interested in a virtual planetarium show, especially given the popularity of stargazing as a family activity during lockdown.

After posting the idea on social media, Megan was quickly swamped with requests from leaders around the country, drafting in three colleagues to help meet the demand.  Between them, Megan, Dr Joanne Pledger, and postgraduate students Steven Gough-Kelly and Simon Ebo delivered a total of 60 planetarium shows, speaking to girls around the UK, including 13 Guide units, and even a few Girl Scouts in California!  Making virtual visits allowed the astronomers to reach groups much further afield than they could otherwise and visit parts of the country

The planetarium show included a tour of the sky, a look at the Moon and how the phases change over a month, a look at some of the constellations and how to use the stars to find North, looking at the constellations created by different cultures around the world, and virtual visits to several of the planets.  Each show ended with an opportunity for the girls to ask any space questions they had with topics covered ranging from the Moon, to how the solar system formed, to what happens if you fall into a black hole. 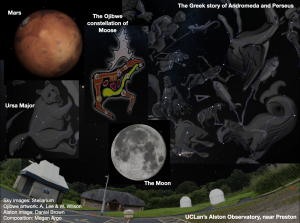