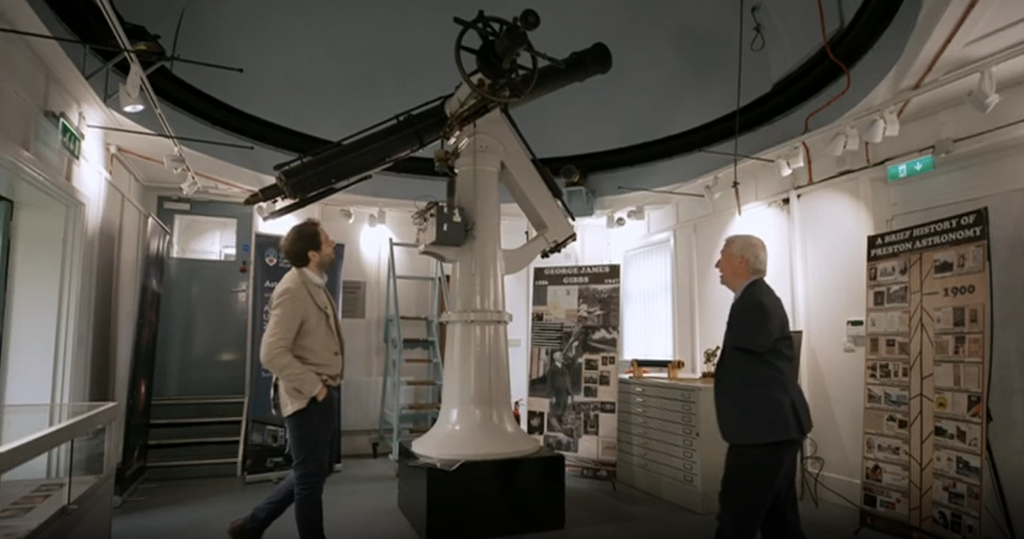 On Thursday September 29th the Jeremiah Horrocks Observatory appeared on the BBC1 programme ‘Antiques Road Trip’. The show has antiques experts competing to earn the most money from an antiques auction. As an interlude, one of the presenters visits a site of local interest.

Thursday’s programme was partly based in Preston, so the producers chose the Jeremiah Horrocks Observatory as the local interest location.

In addition, Graham McGloughlin from Preston and District Astronomical Society demonstrated how to safely observe the Sun and showed some sunspots.

The clip can be viewed here.

Figure caption: Professor Ward-Thompson introduces the audience to the JHO.