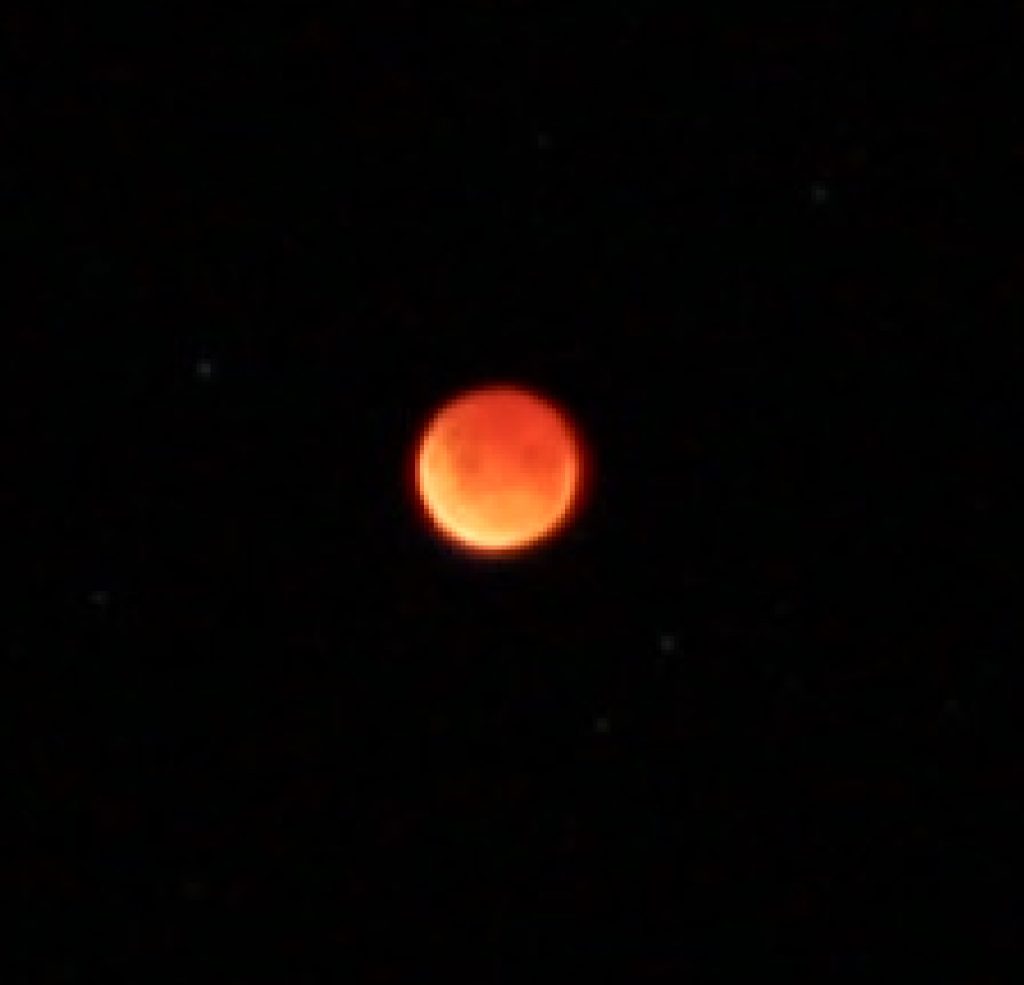 A total lunar eclipse occurred on 8th November and it was visible from the Pacific and some parts of north America. The totality lasted for 84 minutes, 58 seconds. During the totality the Moon took on a reddish glow, as it reflected light that had passed through the Earth’s atmosphere.

The eclipse was not visible from the UK but JHI members took some photos while on research trips.